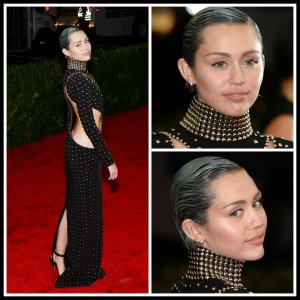 PETA named Cyrus the “Sexiest Vegetarian Celebrity of 2015.”[311] She cites an incident where her dog, Floyd, an Alaskan Klee Kai, was mauled by a coyote as the reason for becoming vegetarian. In June 2015, she posed nude for the cover of Paper Magazine with her pet pig, Pig Pig. Her instagram and Facebook pages contain numerous posts relating to animal rights and plant-based diets.

Also in 2015, Cyrus was listed as one of the nine runners-up for The Advocate’s Person of the Year.

Some of the lyrics to songs on Cyrus’ 2015 Dead Petz album reference Tibetan Buddhism, for example, The milky, milky milk / Your lips get me so wet / While I’m singing all the verses from the Tibetan Book of the Dead